1000 cycles ago, a mysterious exodus brought it’s people to travel indefatigably in the vast Universe…

3 generation later, these people reached a strange and small planet, matching all the conditions for their survival except the composition of the air, which needed to be transformed for their safety.

But in the impatience and the enjoyment, they were surprised by an asteroid belt quickly revolving around the planet.
Their flying city suffered heavy damages, and it was attracted increasingly by the gravity of the celestial body. The exodus ended in an enormous crash. 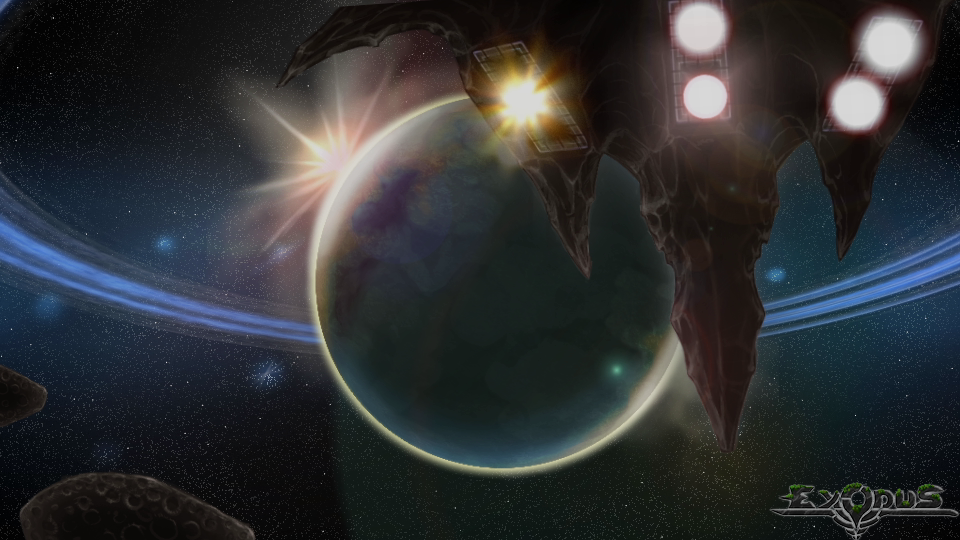 The people immediately launched the transformation of the air for their survival, but the weakened city was running out of energy, and the process could not continue if they had not found an alternative.

Small groups went off to explore the planet, and they didn’t need to wait a long time before discovering various zones with an abounding strange compatible energy. They installed Extractors to collect and forward this energy to their dying city.

Exodus, still transforming the air, needed an enormous amount of power, and the ceaseless flow pumped in the planet causes a mortal chained reaction: a Cataclysm bursts out on the whole planet, destroying many lives, modifying its topology. A part of the people was eradicated during this event, the others took refuge within their city, entering in stasis to survive.

1000 cycles later, the nature took back its rights. The city was in a sleeping state, to save energy, maintaining the people in stase.

The crash of a meteor caused violent shocks, brutally shaking the city. By the biggest of the fates, a stasis capsule felt from the city towards the surface …